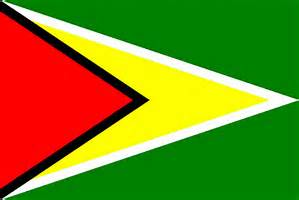 Guyana is a sovereign state on the northern mainland of South America. It is bordered by the Atlantic Ocean to the north, Brazil to the south and southwest, Suriname to the east and Venezuela to the west. With 215,000 square kilometres (83,000 sq mi), Guyana is the fourth-smallest country on mainland South America after Uruguay, Suriname, and French Guiana.

Guyana is one of the few Caribbean countries that is not an island in the West Indies. The Caribbean Community (CARICOM), of which Guyana is a member, is headquartered in Guyana’s capital and largest city, Georgetown. In 2008, the country joined the Union of South American Nations (UNASUR) as a founding member.

Pay As You Earn (PAYE)

Employers are required to deduct and remit the taxes (PAYE) to the Guyana Revenue Authority (“GRA”) by 14th day following the month in which deductions made.

Failure to remit PAYE by the stipulated dated will attract penalty at the rate of ten percent in additional to the following:

•     two percent of the unpaid amount for each month or part thereof that the tax remains unpaid during the first three months after the due date;

•     three percent per month or part thereof during the next three months;

•     four percent per month or part thereof during the next six months;  and

NOTE: All allowances are non-taxable for judges

ß Non-taxable allowances are taxable where it cannot be proven to the satisfaction of the Commissioner-General that the allowances were used for the purposes intended.

Ω Taxable in all non-government agencies

The National Insurance Scheme (NIS) extends Social Insurance Coverage on a compulsory basis, to all persons between the ages of sixteen (16) and sixty (60) years who are engaged in Insurable Employment.

Both the Employer and Employee pay Contributions into the Scheme at the following rates:

Self-employed Persons contribute 12.5% of their declared Income as Contributions, subject to minimum earnings of $68,750 per month.

The NIS deducted should be paid to the NIS by the 15th day of the month following the month in which the deduction was made.

Resident companies are subject to tax on all its profits whether or not arising in Guyana.

Non-resident companies carrying on business in Guyana are subject to Corporation Tax on profits directly or indirectly accruing in Guyana.

The ITA defines resident as a company the control and management of whose business are exercised in Guyana.

The rates of corporation tax are as follows:

•     40% of the chargeable profits of a commercial company other than a telephone company; and

A “Commercial Company” is defined as a Company at least 75% of the gross income of which is derived from trading in goods not manufactured by it and includes any commission agency, any telecommunication company, any body corporate licensed or otherwise authorised by law to carry on Banking business in Guyana and any Company carrying on in Guyana Insurance business, other than long-term insurance business as defined in Section 2 of the Insurance Act.

Where a company carries on both commercial and non-commercial activities, the profits of the activities are taxed separately at the rate of 40% and 25% respectively.

Advance instalments are due on or before 15 March, 15 June, 15 September and 15 December of the calendar year and should be based on the preceding year’s tax liability. Any balance of tax unpaid for the income year should be paid by the 30 April of the tax year. Any balance unpaid will attract penalty and interest.

Losses can be carried forward indefinitely and can only be used to offset up to 50% of chargeable profits in subsequent years by non-commercial companies and shall not reduce taxes payable beyond the minimum tax of 2% of turnover by commercial companies.

Companies are required to file a corporation tax return on or before 30 April in the year following the year of assessment.

VAT is charged on the value of:

•     every taxable supply by a taxable person in Guyana; and

•     every import of goods or import of services, other than an exempt import.

•     Certain goods and services may also be zero-rated or exempt.

•     The registration threshold is fifteen million dollars ($15,000,000) at the end of twelve (12) or fewer months, or where the taxable activity is expected to exceed the threshold in the next 12 months.

•     Monthly VAT Returns must be filed with the GRA within 15 working days after the end of the period.

•     Late filing will result in a late filing penalty.

•     A registrant will be entitled to recover the VAT on expenses incurred to make taxable supplies known as input tax subject to certain conditions.

VAT Reverse-charge: The Guyana Value Added tax Act makes provision for a VAT reverse charge on payments made to persons outside of Guyana by an entity not making taxable supplies or making taxable and exempt supplies.

This is an annual tax charged on the net property which any person, including an individual and a company, owns at the end of each year.

Property is defined as all property movable or immovable, rights of any kind, and effects of any kind, situated or having their seat in Guyana or elsewhere and the proceeds of sale thereof, and any money or investment for the time being representing them.

Net Property is the amount by which the total value of the property owned by any person at the end of the year, exceeds the total value of all debt owed by him at that time. Property is stated at cost less any wear & tear allowances applicable. Property acquired prior to 1 January 2011 shall be stated at their value at that date plus any improvements and additions made after that date less any wear & tear allowances applicable from that date.

However it shall be noted that:-

•     the rate of tax shall be the rate arrived at by dividing the total value of net property of the company (including investments which have been excluded from net property – see (10 (a) iv above) into the tax payable by the company.

WHT rates applicable to payments made to non residents are listed in the table below:

WHT at the rate of 20% also applies to payments of interest on savings accounts, interest on loans secured by bonds and similar instruments, and discounts earned on treasury bills (except for such income earned by commercial banks).

–        No WHT is payable on interest paid by any person on a temporary bank loan or in respect of any trade account.

–        No WHT is payable on any gross payment of income arising outside of Guyana.

–        No withholding tax is payable on dividends paid out of Capital Gains.

–        Lower rates may be applicable under double taxation treaties to which Guyana is a party.

Withholding tax at the rate of 2% is payable on all gross payments in excess of $500,000 to a contractor, defined as “any person who is a resident and who has been awarded a contract for providing or supplying independent personal services for reward, other than as an employee”. This withholding tax is creditable against the Income taxes payable by the contractor.

•     Withholding tax must be remitted to the tax authorities within 30 days of the payment to the non-resident.

•     A penalty of 10% of the amount or GYD$10, whichever is the greater, shall apply to any outstanding withholding tax.  Additionally, interest at 18% per annum applies.

After tax profits of a Branch of a non resident company is a deemed distribution for tax purposes whether or not distributed. This profit less any amounts reinvested in Guyana other than in the replacement of fixed assets or in securities held for a period of less than thirteen months (subject to the Commissioner’s satisfaction), is subject to WHT at the rate of 20% subject to any DTT.

Insurance premiums paid to a company in respect of insurance other than long-term insurance, outside Guyana, attracts Premium Tax.

–        Where a foreign Insurance Company has not established a place of business in Guyana, the tax is paid at a rate of 10%

–        While 6% is paid where the insurance company has established a place of business in Guyana.

This is a tax charged the net taxable gains made from the disposal of assets at the rate of 20%.

No Capital Gains Tax is payable where the asset is held for less than one year (in such cases, the gain is treated as profit or income under the Income Tax or Corporation Tax Acts).

The amount of Capital Gains or Capital Loss arising from change of ownership of any property shall be calculated after making the following deductions:-

(i)     The expenditure (other than the purchase price, if any) incurred solely in connection with the acquisition of that property by the person who is the owner of that property immediately before the occurrence of such change of ownership;

(ii)    The expenditure incurred, by the person owning the property, immediately before the change of ownership, in making improvements, additions and alterations to that property;

(iii)   The expenditure incurred by the aforesaid owner solely in connection with the transaction which results in such change of ownership, for example, commissions, fees for professional services of surveyor, accountant, etc.

Where the property was acquired prior to 1 January 2011, the value at that date and the cost of subsequent expenditure shall be used.

Any person disposing of any property to the Government for public purposes shall not be chargeable to Capital Gains Tax in respect to such disposal.

No Capital Gains Tax is charged, levied or collected in any year of assessment where the net chargeable gain of any person does not exceed one thousand dollars.

The information on this page is provided as at 31 January 2019, and is provided for information purposes only. It is not intended to be relied upon for specific tax and/or business advice and as such, readers are encouraged to consult with professional advisors on specific matters prior to making any decision.

Should you require tax advice, please contact us and we shall be happy to make a referral to a local tax practitioner.