The PriceSmart Decision – A Small Step for Jurisprudence, a Giant Leap for Jurist-Practice

“… systemic delays in receiving tax refunds remain one of the most important issues and biggest challenges facing taxpayers today. Prior to the PriceSmart Decision, being “proactive” for a taxpayer meant sending letters and emails to the Revenue in order to request an update on the status of their refund…In light of the PriceSmart Decision, however, it is clear that there is now recourse, a remedy and recompense …” 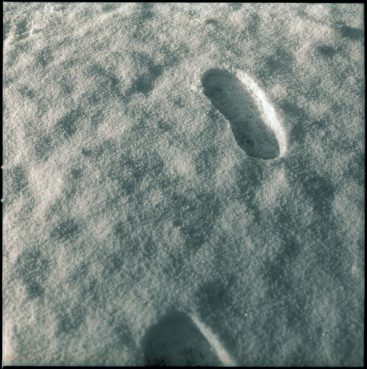 In a recent decision of Justice R. Rahim, PriceSmart Clubs (TT) Ltd and The Board of Inland Revenue CV2019-01898 (the “PriceSmart Decision”), the Court held, amongst other things, that the Board of Inland Revenue (the “Revenue”) failed to make a decision on the taxpayer’s application for a repayment of tax pursuant to section 90(1) of the Income Tax Act, Chap. 75:01 (the “ITA”) within a reasonable time and, accordingly, Rahim J. issued an order obliging the Revenue to take immediate corrective action.

In JAVC, the Appeal Board clarified where the territorial limits of its jurisdiction lay. Prior to this demarcation, many taxpayers, lawyers and accounting professionals were of the erroneous impression that if the matter involved “tax”, the Appeal Board was the only forum effectively available to ventilate the dispute. In Sagicor, the Appeal Board provided useful dicta on the criteria to apply for a repayment of overpaid tax.

Given that the Appeal Board has no authority to hear a matter concerning a failure of the Revenue to make a decision in respect of the overpayment of taxes, because it is not, inter alia, a decision on an objection (refer to JAVC), it was clear that this was a proper matter for the High Court to consider on a judicial review application. Accordingly, in PriceSmart the Revenue did not vigorously oppose the contention that the High Court had jurisdiction to resolve the issue between the parties.

Consequently, the primary focus of the parties’ legal submissions – and subsequent reasoning of Rahim J. – concerned the manner in which the Revenue treated (or failed to treat) with the taxpayer’s application for a repayment of overpaid taxes.

In the specific circumstances, the Court held that the Revenue’s failure to decide on the taxpayer’s repayment application within 2 years was unreasonable. Rahim J. also emphatically rejected the Revenue’s contention that the three-year timeframe that is applicable to section 89’s “assessments” should also apply to section 90 of the ITA’s “repayment applications” for the following reasons:

“5. Section 89 treats with cases in which there has either been no assessment or to put it in simple terms an underassessment, in other words, in the case where the Board’s assessment resulted in the taxpayer being assessed to pay less tax than he should in fact pay. It does not provide for the case where the taxpayer pays more tax than that which he ought properly to pay. That section, namely section 90 stands separate and apart from section 89 both in purpose and intention. Such a process is termed an additional assessment. It can be inferred that this is so for good reason as the name suggests that the purpose of the assessment is to recover sums in addition to that which has already been assessed.

6. Section 90 however treats with repayment of taxes paid over that which should have been payable to the taxpayer and provides for a claim to be made by the taxpayer within 6 years from the end of the year of income. Pursuant to such a claim, the Board issues a certificate and upon receipt of that certificate the Comptroller of Accounts causes the repayment to be made. The section does not provide for a re-assessment or a new assessment…

24. … section 89 is specific to the types of matters referred to therein and this is not one such matter. Additionally, should the legislature have considered that the very period of three years ought to apply on an application for repayment, it would have said so in the legislation.”

Concerning the criteria for submitting a valid repayment of overpaid tax application, Rahim J. affirmed the dicta of the Appeal Board in Sagicor that it may be done by way of a letter explaining the basis for the refund. There is no requirement that the taxpayer file an amended return.

As explained above, and against the specific background of the JAVC and Sagicor decisions, the PriceSmart Decision is a small incremental step in the development of tax jurisprudence. However, it is the view of the authors that the PriceSmart Decision represents a giant leap for both tax practice and procedure in Trinidad and Tobago (“T&T”), and the wider Caribbean region.

Specifically, systemic delays in receiving tax refunds remain one of the most important issues and biggest challenges facing taxpayers today. Prior to the PriceSmart Decision, being “proactive” for a taxpayer meant sending letters and emails to the Revenue in order to request an update on the status of their refund. To say that it is common for such communiques to fall into the black hole of public sector non-responsiveness is to significantly understate the position. In light of the PriceSmart Decision, however, it is clear that there is now recourse (judicial review), a remedy (“mandamus”1) and recompense (costs).

Furthermore, prior to the PriceSmart Decision tax jurisprudence in T&T has, in practice, been the exclusive domain of the Appeal Board.

There are currently a multitude of cases before the Appeal Board, but there are only three members to hear and determine all the cases, inclusive of minor procedural issues that do not go to the substance of the dispute between the parties.

Given the sheer weight of this caseload on the shoulders of just three men (albeit three very learned and experienced men) it really should be of little surprise that: (i) a tax matter that is considered to have progressed “efficiently” will nonetheless have gestated in the court system for at least a year before a trial is heard; and (ii) a decision on the matter often takes at least as long as that to be delivered thereafter.

Moreover, an Order from the Appeal Board does not come with a prescriptive timeframe obliging the Revenue to take any specific action in order to give effect to the decision, nor will the Appeal Board award costs except in the most exceptional circumstances, because the default rule pursuant to section 8(6) of the Tax Appeal Board Act, Chap. 4:50 is that:

“Except so far as may be provided by rules of the Appeal Board, the Appeal Board shall not have power to order the payment of costs by the Board of Inland Revenue or other respondent by the appellant.”

By way of contrast, there are 35 judges of the High Court and 20 High Court masters in T&T. Consequently, the PriceSmart judicial review application was able to be filed on May 3rd, 2019; the trial was able to be heard on October 9th, 2019 (i.e. 5 months later); and the decision was delivered on October 17th, 2019. What is more, the taxpayer received costs, and the Revenue was mandated by Order of the Court to take corrective action within 2 weeks thereafter (October 31st, 2019).

This is a game changer.

We look forward to seeing what the next step in the development of T&T tax jurisprudence will be, because the PriceSmart Decision is evidence that things are moving in the right direction.

The views expressed in this article are the views of the author(s) only and shared for discussion and information purposes only; they are not intended to constitute legal advice. Readers are encouraged to consult with their professional advisors for advice concerning specific matters.